To all the Mother's out there, Happy Mother's Day!

Today, is my first ever Mother's Day, and my husband made me a quiche for breakfast, gave me the beautiful bouquet of mixed roses, and surprised me with my first ever iWatch 😱 (that one was an absolute shock to me! Usually, I have an idea of what he is going to get me, but had no clue today!). Being a Mom, has been the magical time of my life.  I absolutely love being a mom, I love watching my little man grow each and every day.  I love holding him, cuddling with him, seeing him smile when he sees our faces.  He and my husband are my world, and I have no clue what I would do with either of them 💖.

It's been a very nice and relaxing weekend so far, and yesterday I ended up getting quite a bit of reading time in (our little guy has been sleeping a lot, we think he is having a growth spurt), and I finished another book!

This time it is Maureen Johnson's new novel Hello, Cruel Heart, which tells the origin story of Cruella de Vil.  Which is actually releasing as a movie at the end of the month, featuring Emma Stone as Cruella! 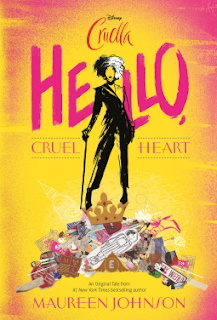 An electric new story of teenage Cruella de Vil in an original novel inspired by the upcoming Walt Disney Studios Live Action Film, Cruella.
Swinging London, Summer 1967.  Sixteen-year-old Estella, gifted with talent, ingenuity, and ambition, dreams of becoming a renowned fashion designer.  But life seems intent on making sure her dreams never come true.  Having arrived in London as a young girl, Estella now runs wild through the city streets with Jasper and Horace, amateur thieves who double as Estella's makeshift family and partners-in-(petty)-crime.  How can Estella dedicate herself to joining the ranks of the London design elite when she's sewing endless costumes and disguises for the trio's heists?
When a chance encounter with Magda and Richard Moresby-Plum, two young scions of high society, vaults Estella into the world of the rich and famous, she begins to wonder whether she might be destined for more after all.  Suddenly, Estella's days are filled with glamorous parties, exclusive eateries, flirtations with an up-and-coming rock star, and, of course, the most cutting-edge fashions money can buy.  But what is the true cost of keeping up with the fast crowd-and is it a price Estella is willing to pay?

So overall, I liked this one!  It was fun, it kept me wanting more, and I really enjoyed hearing a take on Cruella's origin story.  Did I know it was going to not have a happy ending?  Yeah, I mean there is a reason Cruella is the villain, after all.

I wish there had been more of a story to why Cruella's mom died, and how she died.  Maureen Johnson writes how she died, but not why?  I wish there was more follow up to that.  I'm wondering if this will be series, possibly?  But honestly, I wish it had just been a standalone.

I really liked the insinuation that Estella has a multiple-personality disorder, because it truly showed how and why she becomes Cruella, in the end.  It was fascinating to see that transition happen.

Estella definitely has a rough life, and is doing her best to survive.  I do kind of wish, her thievery wasn't as glorified as it was in the book.  But maybe that was just me.  I just didn't like how it constantly justified her actions, and even until the very end, made it sound it was okay.

I liked, but I wish there were more parts elaborated on.  I also don't like that this book is targeted at the middle-grade age range.  It has a very easy-to-read font, the coloring, and everything about the book is marketed towards the younger readers.  But there are heavily implied scenes, on psychedelics and drug use, like the 60s and 70s were sort of known for, and I don't really think that should be for the younger readers.  I would say 14 and up is fine, but just a heads up. 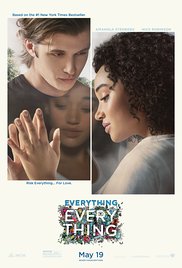