Showing posts from November, 2012
Show all

Back in the Fall of 2011, while I was taking first Early Child Development Class we were given an assignment...pick a movie from a list and discuss it.  Among that list was Speak . I'm going to be honest here...I had honestly never heard of the book before, let alone a movie!  But when I saw it featured Kristen Stewart (the star of one of my favorite book movie adaptations) I knew it was the movie I wanted to see. And dang, let me just say how GLAD I am that I did! It was almost a year later, when in July I was talking to Kody Keplinger (the author of The DUFF ) when she mentioned she LOVED this book called Speak .  At the time, I honestly hadn't been thinking about the movie, but after the video chat I went on Goodreads and looked it up and that was when I found out! As soon as I knew Speak (the movie) was based on a book, I KNEW I had to read that book! A few weeks ago I found Speak (the book) sitting on one of my friend's bookshelves, and pretty much hijacked i
7 comments
Read more

Today I would like welcome Amy Lignor, the author of the Angel Chronicles! The second book in the series just came out early this month, it's called Gilded Wings ! I'm so looking forward to reading it, especially since I enjoyed book 1 ( Until Next Time ) so much! ( Review here! ) Anyway so today please help me welcome Amy Lignor with her guest post! :)                                  Technology is Not the Only Form of Inspiration Ever since Mark Zuckerberg appeared and turned the world upside down with Facebook, the younger generation was seen by some as only the age of Youtube, Facebook, cell phones, iPods and video games. But what people don’t seem to understand is that in the last decade+, they have become the largest group of readers in the world. The young adult genre became huge. It literally exploded with the world of J.K. Rowling and continued with another author who brought kids (and adults) on board with the vampire and werewolf community. Not only th
4 comments
Read more

Hey Everyone! So I completely forgot about last week's Music Tuesday, so this week there will two songs featured! One for last week and for this week!! :) These two songs are ones I'm really liking right now! :) WARNING: This first song, has a bit of language in it! And I haven't seen the music video, so I have no idea what that has, but P!nk is a pretty awesome singer! And second I've got Rihanna's new song "Like Diamonds in the Sky"! Love her voice in that one! Happy Tuesday! The Romance Bookie :)
Post a Comment
Read more 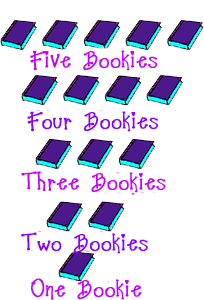 Happy Sunday! I've got something SUPER exciting to share with you'll!!! :) Eileen over at Singing and Reading in the Rain !!, who made my ABSOLUTE GORGEOUS Header and Blog Button (which btw, you should totally share ;) haha), has now made me a Rating System!!! Isn't it gorgeous??!!! :) Now here are the details (I will also be making a tab at the top of The Romance Bookie): This system is called The Bookie System! It's very similar to anyone else's Star rating system, it's from 1-5 Bookies! :) = I ABSOLUTELY 100% loved EVERY SINGLE thing about this book!!! Would recommend this one EVERYONE! = This was a GREAT book! Truly enjoyed it! And would recommend it to others! = This book was good, there were bits and pieces that weren't really my thing, but overall an enjoyable read.  Wouldn't reread it though, most likely.  =There were quite a few things I didn't like about this one.  Would never reread it, and probably w
2 comments
Read more

The Summer I Turned Pretty by Jenny Han (Review)

Hey Everyone! Man, it feels like it's been forever!  Okay, so it's been a week since my last review, however, since for the past three to four weeks I've been rereading The Twilight Saga by Stephenie Meyer, for the release of The Twilight Saga: Breaking Dawn Part 2 (which, btw, I've seen twice now! :)), it's also sort of nice to be back to reading NEW stuff! The book I read this time around, is one I've wanted to read for quite a while now.  I would actually say probably since its release in 2009, which was around the time I saw it for the first time at Borders (RIP ;( Borders!). Well, I finally got the opportunity a few weeks ago, when Amazon had it on sale for I believe $3.99!  So I grabbed at the chance, and finally read it over Thanksgiving Day! :) BTW, I hope everyone had a fabulous Thanksgiving, and had the opportunity to think about everything they are grateful for in their life!  I know I sure have a heft list, and let me just say it did not inc
10 comments
Read more

Interview with Mary Parker, author of "The Awakening of Leeowyn Blake" 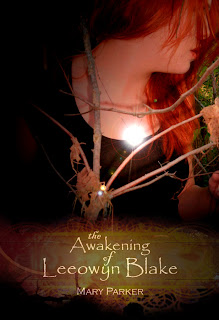 Hey Everyone! Today I've got an interview with Mary Parker, the author of The Awakening of Leeowyn Blake ! The Romance Bookie: Describe The Awakening of Leeowyn Blake: The Kahl'Nar Saga #1 in 2-3 sentences. Mary Parker: A girl caught in a destiny bigger than she can imagine, and finding out if she's got what it takes to literally save the world. Horror, fantasy, romance and a bit of comedy all play a role in making this a unique story. TRB:  How did you come up with the concept?  Any inspirations? MP: The character of Leeowyn has been with me since I was a kid, but the story itself was partly from a dream I had, and partly just me sitting in front of the computer and seeing what happened. I really didn’t have a set story in mind when I sat down to write it. TRB: What does "Kahl'Nar" mean? MP: That hasn’t been revealed yet. You'll find out! ;) TRB: What is your favorite book/author of all time? MP:   I don'
Post a Comment
Read more

The Twilight Saga: Breaking Dawn Part 2 Premiere (LAST ONE EVER!!) 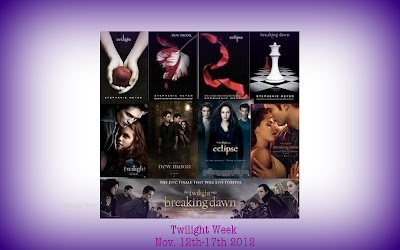 Hey Everyone! So I've extended Twilight Week to today, the 18th, instead of the 17th, because I watched the Premiere of Breaking Dawn Part 2 on Monday! I wanted to share with you guys some pics from it, and if you missed it, you can watch it right HERE on The Romance Bookie!! I'll be honest, I wish so much that I could have been there, it looks like so much fun, the whole Tent City thing and everything, but also a bit crazy, especially at the premiere, when everyone is pushing to get their autographs and pictures.  I am bummed, especially since I don't live that far away from LA, but at the same time I am extremely happy that Yahoo! Movies offered this awesome opportunity to allow fans the opportunity to see everything live! It was super awesome! I was able to see Rob and Kristen come out of their limos LIVE, that would not have been possible if I would have been standing with the tent city fans in the freezing cold. It was a ton of fun, with some moments where I got
5 comments
Read more
More posts