People We Meet on Vacation by Emily Henry (Audiobook) 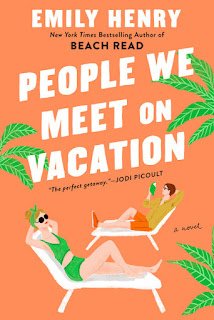 Hey! I'm so excited for this review!  I have been meaning to read this next book since it came out last year!  It took forever for my turn to come up at the library for this audiobook, after over a dozen weeks of waiting, I finally got it! So here is my review of The People We Meet On Vacation  by Emily Henry! From Goodreads: Two best friends. Ten summer trips. One last chance to fall in love. Poppy and Alex. Alex and Poppy. They have nothing in common. She's a wild child; he wears khakis. She has insatiable wanderlust; he prefers to stay home with a book. And somehow, ever since a fateful car share home from college many years ago, they are the very best of friends. For most of the year they live far apart--she's in New York City, and he's in their small hometown--but every summer, for a decade, they have taken one glorious week of vacation together. Until two years ago, when they ruined everything. They haven't spoken since.  Poppy has everything she should want,
1 comment
Read more 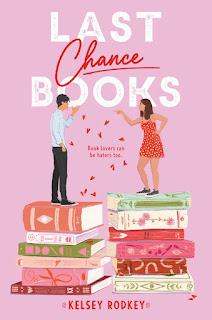 Hey Everyone! It's been a minute, and for once it isn't because I haven't been reading!  In fact, I have A LOT of catching up to do!  Like a lot! I have been reading a lot! In fact, every time I finish a book, I just roll right into the next one, instead of updating The Romance Bookie, working on the Bookstagram, or even updating my Always Fully Booked Planner.   So here goes the updating! This review is for Last Chance Books  by Kelsey Rodkey. From Goodreads: Don't you just love the smell of old books in the morning? Madeline Moore does. Books & Moore, the musty bookstore her family has owned for generations, is where she feels most herself. Nothing is going to stop her from coming back after college to take over the store from her beloved aunt. Nothing, that is--until a chain bookstore called Prologue opens across the street and threatens to shut them down.  Madeline sets out to demolish the competition, but Jasper, the guy who works over at Prologue, seems inten
Post a Comment
Read more 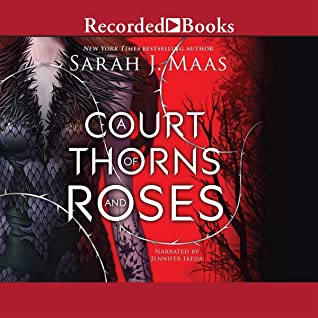 Hey Everyone! I've got another review for 2022!  I have been hearing so much about Sarah J. Maas, and just haven't had a chance to read anything by her; but I knew I needed to at some point!  Then, a couple of weeks ago I was going through the Hoopla App on my phone, and I saw that my local library offered the Court of Thorns and Roses series!  So I jumped on the chance, and checked out the first book in the series, titled the same.   So here is my review! From Goodreads: Feyre's survival rests upon her ability to hunt and kill - the forest where she lives is a cold, bleak place in the long winter months. So when she spots a deer in the forest being pursued by a wolf, she cannot resist fighting it for the flesh. But to do so, she must kill the predator and killing something so precious comes at a price... Dragged to a magical kingdom for the murder of a faerie, Feyre discovers that her captor, his face obscured by a jeweled mask, is hiding far more than his piercing green
Post a Comment
Read more 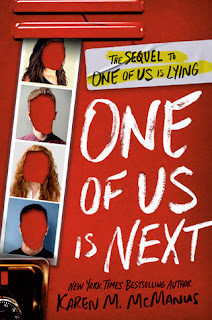 Hey Everyone! Alright, time for the review of book 2 of the One of Us Is Lying series by Karen M. McManus, One of Us Is Next !   From Goodreads: Come on, Bayview, you know you've missed this.  A ton of copycat gossip apps have popped up since Simon died, but in the year since the Bayview four were cleared of his shocking death, no one's been able to fill the gossip void quite like he could. The problem is no one has the facts. Until now. This time it's not an app, though--it's a game. Truth or Dare. Phoebe's  the first target. If you choose to play, it's a truth. And hers is dark. Then comes Maeve  and she should know better--always choose the dare. But by the time Knox  is about to be tagged, things have gotten dangerous. The dares have become deadly, and if Maeve learned anything from Bronwyn last year, it's that they can't count on the police for help. Or protection. Simon's gone, but someone's determined to keep his legacy at Bayview High al
Post a Comment
Read more 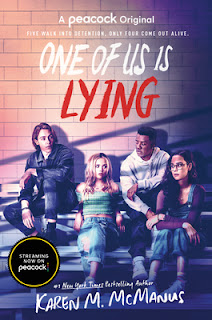 Hey Everyone! I can't believe I forgot to write a review for this one!  It was so good!  I started listening to it while on my trip, and finished it last week!   One of Us is Lying , the first book in the series by the same name, by Karen M McManus.  From Goodreads: Pay close attention and you might solve this. On Monday afternoon, five students at Bayview High walk into detention. Bronwyn, the brain , is Yale-bound and never breaks a rule. Addy, the beauty , is the picture-perfect homecoming princess. Nate, the criminal , is already on probation for dealing. Cooper, the athlete , is the all-star baseball pitcher. And Simon, the outcast , is the creator of Bayview High's notorious gossip app. Only, Simon never makes it out of that classroom. Before the end of detention Simon's dead. And according to investigators, his death wasn't an accident. On Monday, he died. But on Tuesday, he'd planned to post juicy reveals about all four of his high-profile classmates, which
Post a Comment
Read more

When You Get the Chance by Emma Lord (Audiobook) 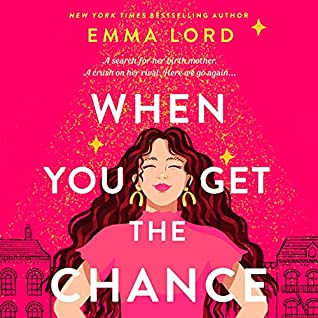 Hey Everyone! So I have some catching up to do!  I went on vacation for the last three weeks, and we only got back on Sunday evening, so I haven't been in front of my computer until now.  We had a great time! We got to experience snow for the first time, like the most beautiful powdery white snow you can imagine during our trip to Raleigh, North Carolina, and then after spending a week there we flew to Florida to celebrate the 50th with Walt Disney World!  It was a lot of firsts for our son, including flying on an airplane, snow, and of course going to Walt Disney World, so it was all very exciting.  Albeit, a little stressful at times, but so worth it!   I am excited to be home again.  Just to have these quiet moments while my son is taking a nap, and being able to catch up on some things, feels nice.  Plus a little space never hurt anyone ;).   Anyway, during my trip I utilized the gyms in our hotel room, and during that alone time, I got to put in some time listening to audiobo
Post a Comment
Read more 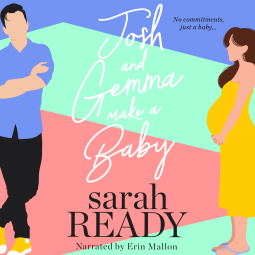 Hey Everyone! I haven't had the opportunity to read an ARC in years, and this was my first time getting to listen to an ARC via audiobook, so it was pretty exciting.  Years and years ago I made a Netgalley account, and I honestly became horrible at keeping up with all the books I was requesting.  I just found out that Netgalley is doing audiobooks now too, and that got me very excited, because audiobooks and physical books are my jam!  So I am swearing to myself that I will only request one book at a time, so I make sure to actually review it! My first Netgalley review in many many years is for Josh and Gemma Make a Baby by Sarah Ready which will be released on January 25th! From Goodreads: New Year's Resolution: Have a baby Preferably with Josh Lewenthal. Meet Gemma Jacobs. She's driven, energetic, and a positive thinker. She has a great career working for famed self-help guru Ian Fortune, she lives in a cute studio apartment in Manhattan, and her family is supportive and
Post a Comment
Read more
More posts